I’d like to hear your opinions regarding oxidation or “letting the rum breathe”.

I am familiar (and do practice it) with the concept, that a drink poured from a newly opened bottle should breathe a certain amount of time, before one proceeds to the tasting. From the Whiskey world I know of the rule of thumb “1 minute per year”.

Also I know that additional oxygen in the opened bottle will influence the content, which triggers some people to take measures minimizing the contact of rum and air.

However, while I find that most bottles I have opened indeed changed in their taste over the course of a year, to me this was always for the better. The Rum usually became more fruity, balanced, sweet and less sharp. The heavy wood influence making one particular Rum very bitter in the aftertaste mellowed out a bit and I really like it now. Another one (Plantation XO, looong ago but still fresh in memory) was really sharp on alcohol at first, but after some week open it was very drinkable.

So is it really a bad thing, what are your experiences and opinions?

I completely agree with you, on everything (isn’t that easy)

I’ve also been told that once the bottle is more than 50% empty that it’s not the best idea to keep it so for too long because of alcohol evaporating and a possibly bad influence on the flavor and all that. Don’t know if it’s true though.
I tend to keep in mind that once open, I try to finish a bottle in about a year max (if it even lasts that long lol).

In a couple of cases it has happened that I pour the last of a bottle in a small sample bottle. So there’s less air with it and more room in my drinking cabinet for a new bottle.

In regards to breathing in the glass, first a sniff and a small sip and then give it 20-30 minutes time to air.

To answer your last question: in my experience it’s not a bad thing. Should it ever happen that I should find that a rum has lost too much of it’s flavor somehow, I’ll probably just use it for mixing

However, while I find that most bottles I have opened indeed changed in their taste over the course of a year, to me this was always for the better.

Thanks for bringing up this issue which is bothering me quiet some time, as I’m coming from wine and things a very different in wine compared to rum.

I have a similar feeling. A freshly opened bottled changes rather quickly - experienced it yesterday with the new RA WIRD, which got a lot more depth and fruitiness over the evening.

But after that I sense rather little change over time and actually I believe my acquired taste developes faster than the liquor.

Overoxidation I experienced very seldom in the last couple of years and with rather cheap rums (Appleton 12 for example).

I wonder that some rums are supposed to overoxidate in the glas, while they don’t on the shelf during a rather short period of a a few weeks.
In wine the oxygen which gets into the bottle after opening it is enough for overoxidating. And the changes which happened to wine are much more intense.
I wonder that the fresh oxygen does so much to a already opened rum as the effect in the bottle should be the same like the process happening in the glass. At least that’s the way its in wine.

As a destilate rum is more stable. But is the oxygen reaction so much slower than in wine that the oxygen in a bottle just isn’t enough for further oxidation? But how is a rum to overoxidate in the glass in a couple of hours? I’d really like to learn the details of the physical process.

Do you have a bottle of rum that's sitting in the cabinet for years and you're not quite sure what to do with it? Or maybe you've opened a bottle of rum a few months ago and wonder if it's still safe to drink. Both situations lead us to the question:... 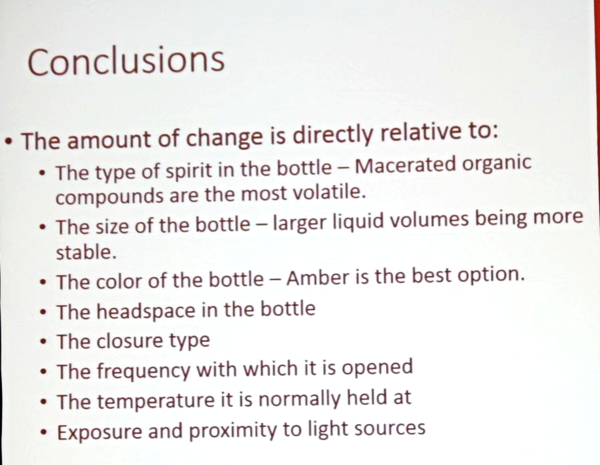 Science on How Spirits Change or Age in the Bottle, Rather than the Barrel

Do spirits change in the bottle? Yes they do, and so much depends on the type/size of the bottle and where it's kept. Here is the science on the subject as learned in a seminar at Tales of the Cocktail. 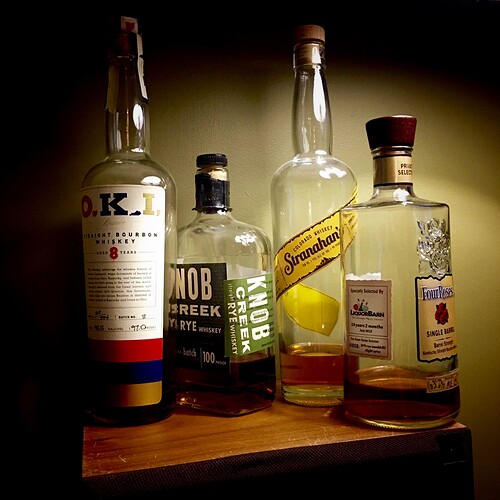 Once Opened, Does Whisky Change in the Bottle? — Whisky Buzz

The higher the proof, the more volatile the whisky is inside the bottle. It'll change over time. The first time you pop-open a whisky bottle it'll be tight on flavor, and less expressive on the nose. You'll need to leave it out in the glass longer to... 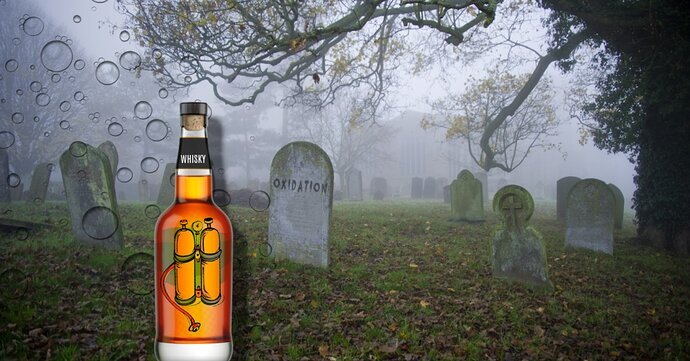 Oxidation - does whisky go off in the bottle?

A detailed look at the contentious issue of oxidation in whisky and whether whisky can go "off" or deteriorate in the bottle.

Some reading on the subject